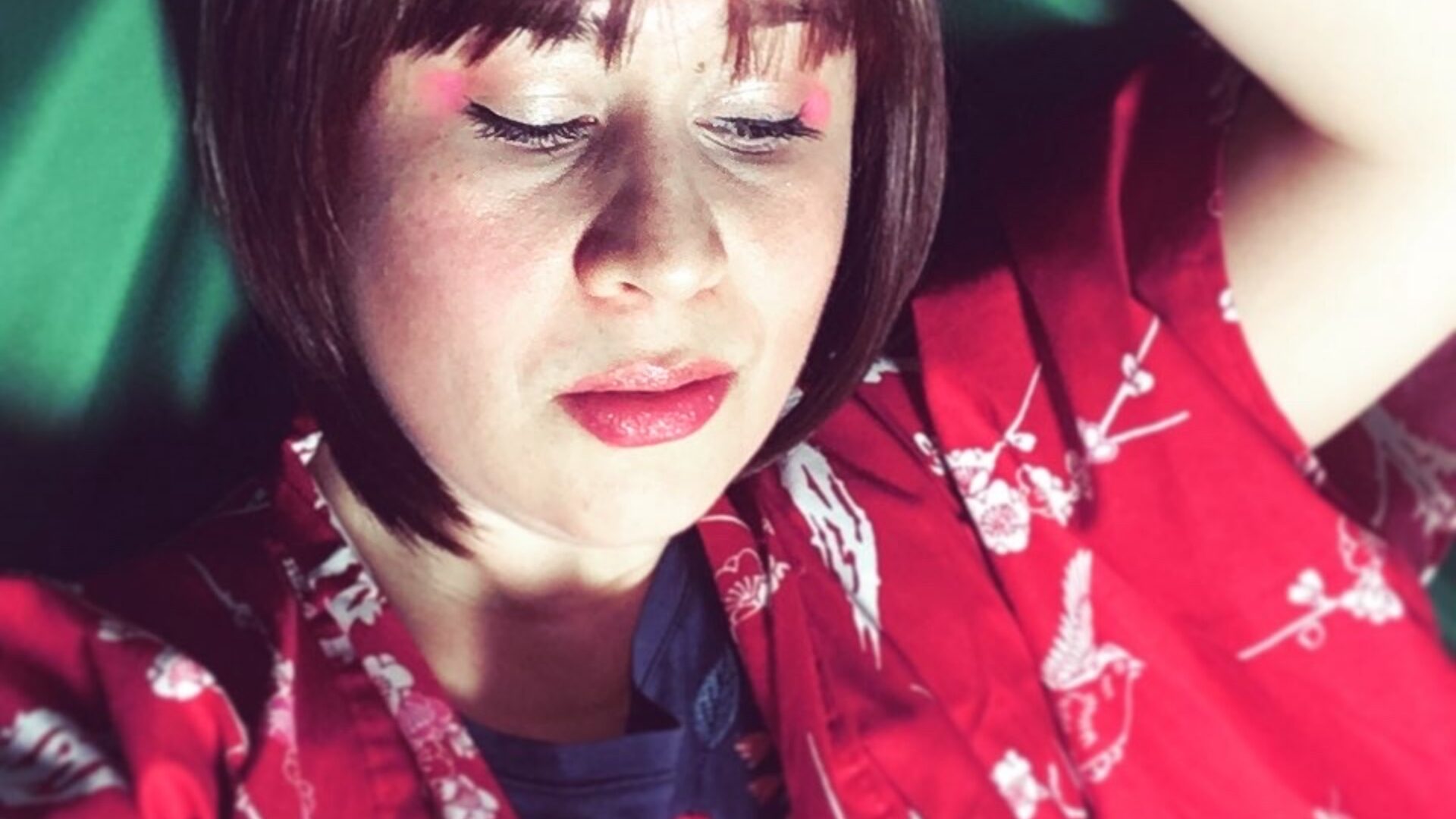 Behind the Scenes of my Björk Cover

Let’s take a look at the work I did to create my DIY music video for Sonnets/Unrealities XI.

As you’ve no doubt noticed by now, I’m a fan of all things low budget and no budget when it comes to the music promotion world. I especially enjoy when an independent artist takes on their own art direction and includes all sorts of references and visual titbits for their fans to decode. (If you want a great example of this, check out this icon and her visualisers)

In my case, the goal is to always produce the very best thing I can with the resources I have, even if my resources leave something to be desired.

A couple of blog entries ago, where I introduce my concept for The Grand Plan, I talk about how I had made a DIY green screen, and how I was yet to use it. For this project, I was able to take the big unwieldy thing on its maiden voyage, using it slightly differently by draping it over a single bed and then draping myself on it. This meant I could fiddle around with what effects an old version of iMovie had to offer to create a ghost-like appearance for myself, bathing in the light of the stars.

I grabbed an image from Unsplash of the kind of ‘space’ I was looking for, then piled the on effects, layering up images, and exporting footage as I went so I would be able to apply more editing as part of the final production.

Going back to what I said about leaving little clues for your audience, I decided in advance that I wanted to use a costume in this video. This took the form of a red yukata that I happen to have. I chose it because Björk sports a fully adorned kimono on the front of her 1997 album, Homogenic (not the album the track is taken from, but still). My much simpler yukata has this gorgeous cherry blossom and birds design that looks fantastic in the light of my SAD daylight lamp (ironic to be using this for a music video, I know). This choice in clothing makes also reference to my love of J-Pop and Japanese fashion cultures, perhaps even pointing to a future project…

At this point I wanted to add that I have, in fact, used a traditional Japanese garment, so it’s really important to give some information about what it is I’m wearing, and what cultural significance it has. To quote myself on a recent Instagram post:

In these photos I’m wearing a yukata which is a lightweight kimono type garment worn in Japan. As it’s a more casual item these days, it’s generally ok for a foreigner to wear one, and I’ve been careful with how I’ve used it in my video so as not to be disrespectful. This one was a gift bought for me in Japan, so it’s definitely the kind of thing sold to stupid ‘gaijen’ such as myself. 😛

Myself, a couple of weeks back

If you haven’t already (heck, even if you have), you need to go and watch my video! I think I did pretty well with the tools I had, and it’s great to finally get back into making visuals for my music.

This video also marks my first ever music release for the year. My cover of Sonnets/Unrealities XI is now available for free download exclusively on Bandcamp.

For the artwork, I decided to take a slightly different route for the design that steered away from my existing brand of ‘large face in the middle.’ (Side note: This is another thing I’ve borrowed from J-pop. Check out Utada Hikaru’s discography to see what I mean.) Instead I’ve tried out something a bit more trendy that borrows from the K-pop edits you might find on PicsArt or Instagram where various elements are layered up together with pastel colour backgrounds.

So, there you have it! All my video editing secrets revealed, and a couple of teasers about what is to come.

One of my aims for producing all these videos in 2021 is to get back to having some kind of audience on YouTube, and to be able to engage with a core group of viewers with each upload. Right now I’m hovering really close to my 1k subscriber goal, so if you haven’t already, I encourage you to do the thing and click the button! After that, drop me a comment on something, and there’s a very good chance I’ll reply with something informative. Or hilarious. I haven’t decided yet.

The next video in the series will be about this amazing gig I was able to perform a few years ago, sharing the same stage as my favourite music person, CRYSTALBOY, as well as connecting with some other cool people from the Bolton area.

See you all on Saturday, 6th February for video #3!

Time for some Netflix…